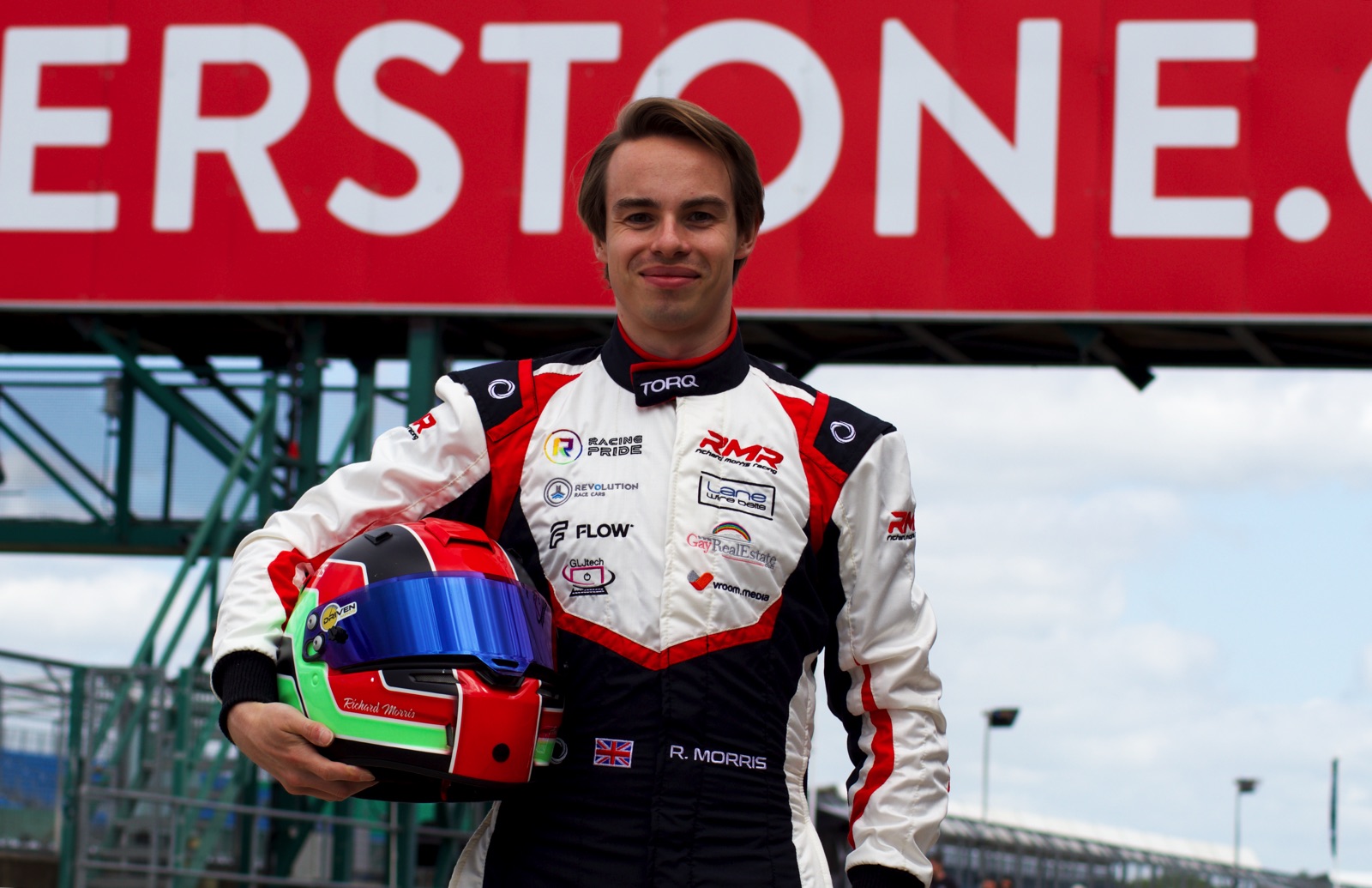 Having taken a win and a third place on his Revolution Race Cars debut at Zandvoort, Richard Morris’ season with the team continued on home turf in June with a pair of races on the Silverstone Grand Prix circuit. The event saw the European Sports Prototype Cup combine with the domestic Zeo Prototypes series to produce a strong prototype grid, with Richard competing in the Revolution Trophy class within the Sports Prototype Cup. The races were in a short sprint format, as opposed to the endurance races at Zandvoort.

The weekend got underway in challenging fashion in the Friday test sessions. A congested circuit with cars from multiple different race series testing simultaneously meant it was difficult to get clear running or work on set-up. A couple of stoppages costing valuable track time also contributed to the difficulties. Richard was able to work with Revolution factory team-mate James Abbott, especially, though, to help find a base-line set-up. It was a set-up which would continue to evolve across race day, with Richard making further tweaks between qualifying and Race 1 as well as between the two races.

On track, Richard managed to qualify in 2nd position for both races and this was also where he would finish both, collecting another pair of podium finishes for his new team. In each race Richard enjoyed battling with famous Olympian and former LMP2 Le Mans driver Sir Chris Hoy, racing in an identical Revolution 500SC. Each time, Hoy was able to take advantage of having the inside line into turn 1 to get ahead. In Race 1 Richard swiftly pulled back in front, sweeping around the outside of Hoy into the extremely fast Stowe corner on the opening lap to regain 2nd position, while a longer battle ensued in Race 2, with Richard taking the position at around half distance with a ‘cut-back’ move on the exit of Copse corner, having forced Hoy into taking a narrower defensive line on entry. 2nd place in both of the two races meant that Richard maintained his podium streak for the season.

Off track, meanwhile, Richard organised a special event to mark pride month (June), alongside Racing Pride and Silverstone UTC, which was also supported by Silverstone Circuit and Racing Pride partners BRSCC. This event saw a number of Racing Pride ambassadors and special guests join with members of the UTC’s new student diversity and inclusion group as well as some pupils from nearby Stowe School; in total, the group numbered around 60 guests. The UTC’s stunning venue offered spectacular views of the racing from the balcony overlooking the circuit, and there were talks and panel discussions about Racing Pride and why LGBTQ+ inclusion matters, accompanied by pride-themed fun with face painting, rainbow outfits, and even Racing Pride logo cupcakes. The group also had the chance to come across into the paddock where they saw Richard’s car and even had a chat with Sir Chris Hoy too. To Racing Pride’s knowledge, this was the first pride party held at a UK race track.

Reflecting on the event, Richard said: “This event was always going to be a special occasion: racing at home in pride month. On-track, I’m pleased that we were able to achieve another pair of podium finishes after a tricky start to the weekend on test day. It’s never easy going into race day still experimenting on set-up, but the team did a fantastic job to have the car in a good place for the races and I enjoyed having a couple of fun battles too! I will remember this event just as much for what happened off-track, though. It was genuinely very moving for me to be able to host quite probably the first ever pride party at a UK race track. When Racing Pride was founded, it was all about bringing a community of LGBTQ+ people and allies together through motorsport; seeing racing as a way of uniting people, and showing that nobody has to feel alone at the track, that everyone can, and should, be welcome. The pride party we held did exactly that. It was such an amazing atmosphere throughout the event, and it was incredibly rewarding to see the smiles on the faces of the UTC and Stowe students especially.” 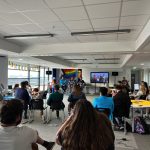 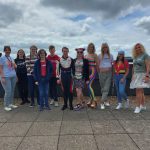 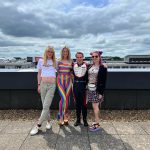 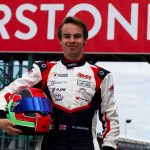