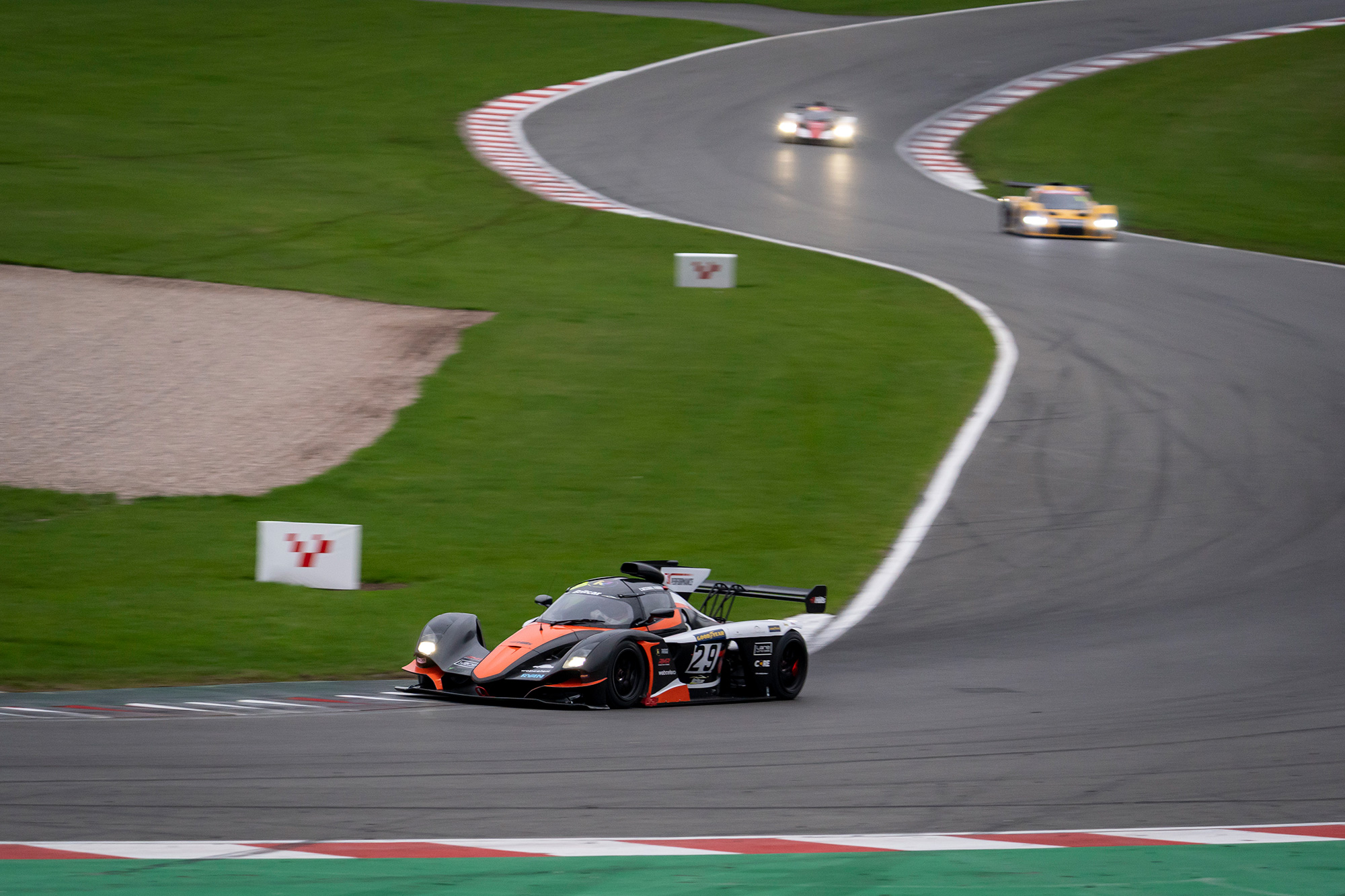 Richard Morris and CW Performance’s debut campaign in the Praga category of the 2021 Britcar British Endurance Championship concluded in dramatic fashion with two races at Donington Park on 23rd October. Heading into the final day of the season as one of three cars in contention to take the Championship title, after superb wins in both races held in torrentially wet conditions at Snetterton and in the Silverstone Grand Prix circuit summer showpiece event, there was a buzz of excitement around the team.

Conditions for race day were very cold, making building heat in the tyres at the beginning of stints one of the primary challenges. Qualifying was heavily disrupted by red flags as drivers throughout the field struggled on cold tyres and came off the circuit. There were no such issues for the CW Performance drivers, Richard and his team-mate Christopher Wesemael, but the timing of the red flags was not kind, with both drivers having to abort laps which were looking strong. Still, the team qualified in a strong 3rd position for both races.

Richard was in the car for the start of Race 1. After an excellent initial getaway, he was tucked in behind the pole-sitter on the inside for turn 1, having got ahead of both the other front-row starter and the car which had started alongside him, on the outside of the second row. Then it all went wrong. The pole car of Richard Wells (sharing with Tim Gray) seemed to carry a bit too much speed into the first corner on the cold tyres and began to slide. Meanwhile, Ben Collins (sharing with Jay Morton), who had started 5th, was attempting a deep lunge around the outside of the lead pack. Both Wells and Collins spun on the exit of the corner, their Pragas completely blocking the track across the front of Richard. While he attempted to aim for what little gap there was, Richard’s front wheels got caught on either side and, while he made it through, the front suspension on both sides was badly damaged. Richard limped the car back to the pits while chaos ensued throughout the pack with a number of cars having spins and crashes.

Title rivals Wells/Gray were initially buried in the turn 1 gravel, but were able to resume a lap down with help from the marshals. Meanwhile, the CW Performance team set to work stripping and rebuilding the front end of the car in the garage. Amazingly, within half an hour the team had the car ready to head out on track again with Christopher at the wheel. Agonisingly, at the end of the race the team was 2 laps short of the requirement for classification and so scored 0 points – a major blow in the championship battle. With Wells and Gray picking up points in the opening race and therefore establishing a significant lead heading into race 2, the real battle became fending off the car shared by Jack Fabby and Charlie Martin for 2nd in the championship, which was still a small handful of points behind.
The car was prepared as well as possible with the time and equipment available at the track for Race 2, although it was clear that the set-up would be far from perfect. Richard again took the start. Another good launch saw him slot into 3rd at turn 1, behind Wells and the ‘Goldie’ car of Jimmy Broadbent and Gordie Mutch (which had started the race in 2nd), but crucially ahead of Charlie Martin. This time the leaders made it through cleanly, despite sliding around on the cold tyres.

As the opening stint progressed, Richard was part of a breakaway group of 3 at the front of the field, despite struggling with the car balance. Importantly, he was able to open up a gap of around 35 seconds over the Martin/Fabby car to give the team a cushion in that battle. All 3 leaders then pitted together on the same lap. The Broadbent/Mutch car had a 15 second success penalty to serve, having won the opening race, so the rumble of the mechanics was between CW Performance and Tim Gray Motorsport. Through some slick work, CW Performance got the jump and Christopher headed out on track in the lead ahead of Gray, with Mutch a little distance behind.

As darkness began to descend on the cold autumn day, making for quite a spectacle from the headlights and glowing brake discs, Christopher was able to hold off the intense challenge of Gray for some time as Mutch hunted down the squabbling lead pair. With around 15 minutes of the race remaining, however, the wall of resistance inevitably broke as a backmarker forced Christopher offline, giving the opportunity for both Gray and Mutch to pounce and demoting the CW Performance car to 3rd. Still, the team now had a cushion of over 40 seconds back to Fabby’s car meaning the championship position was secure for the time-being – but any reversal between 3rd and 4th would see the Vice-Champion status switch hands.

Around 5 minutes later, with 10 minutes of the race to go, one final, huge hurdle was put into CW Performance’s path. The car’s electronics encountered an issue, meaning Christopher was stuck in 6th gear and so was having to slip the foot clutch to make it round the slower corners and, indeed, drive without headlights in dimming light for added difficulty. He began to bleed laptime and the team in the garage feared the worst.

Despite 10 minutes of agonising tension, Christopher was able to heroically nurse the car to the line in 3rd position to claim yet another podium for the new team and seal his and Richard’s championship position as Vice Champions.

The race rounded off an astonishing season in which Richard and Christopher claimed 3 wins (more than any other driver pairing) and 6 podiums from just 9 races. It also kept alive Richard’s personal record of at least one podium finish from every race meeting he has contested across the 2020 and 2021 seasons (a total of 13 podiums from 17 races).

Reacting to the day’s events, and to the season, Richard said:
“This event, just like this entire season, was the most intense experience you can imagine. But one filled with teamwork, friendship, support, love, and fighting spirit. Of course, it is agonising that we were taken out at the start of the first race – the victims of other people’s incidents – but ultimately that is motorsport and it doesn’t detract at all from the remarkable successes we’ve had this season. I’m proud that we won more races than any other driver pairing, and the fact that we were on the podium in two-thirds of the races in such a competitive series littered with top professional drivers, only missing out on podiums when the car was unable to make the finish, says a huge amount for the level we performed at. That would be a remarkable achievement for any team, but even more so for a brand new team which was only established at the start of this season. I am so grateful to have had this opportunity. I have certainly grown as a driver, and we’ve shared experiences and successes I will never forget. Thank you so much to CW Performance, Praga, my sponsors, and everyone who has supported us.” 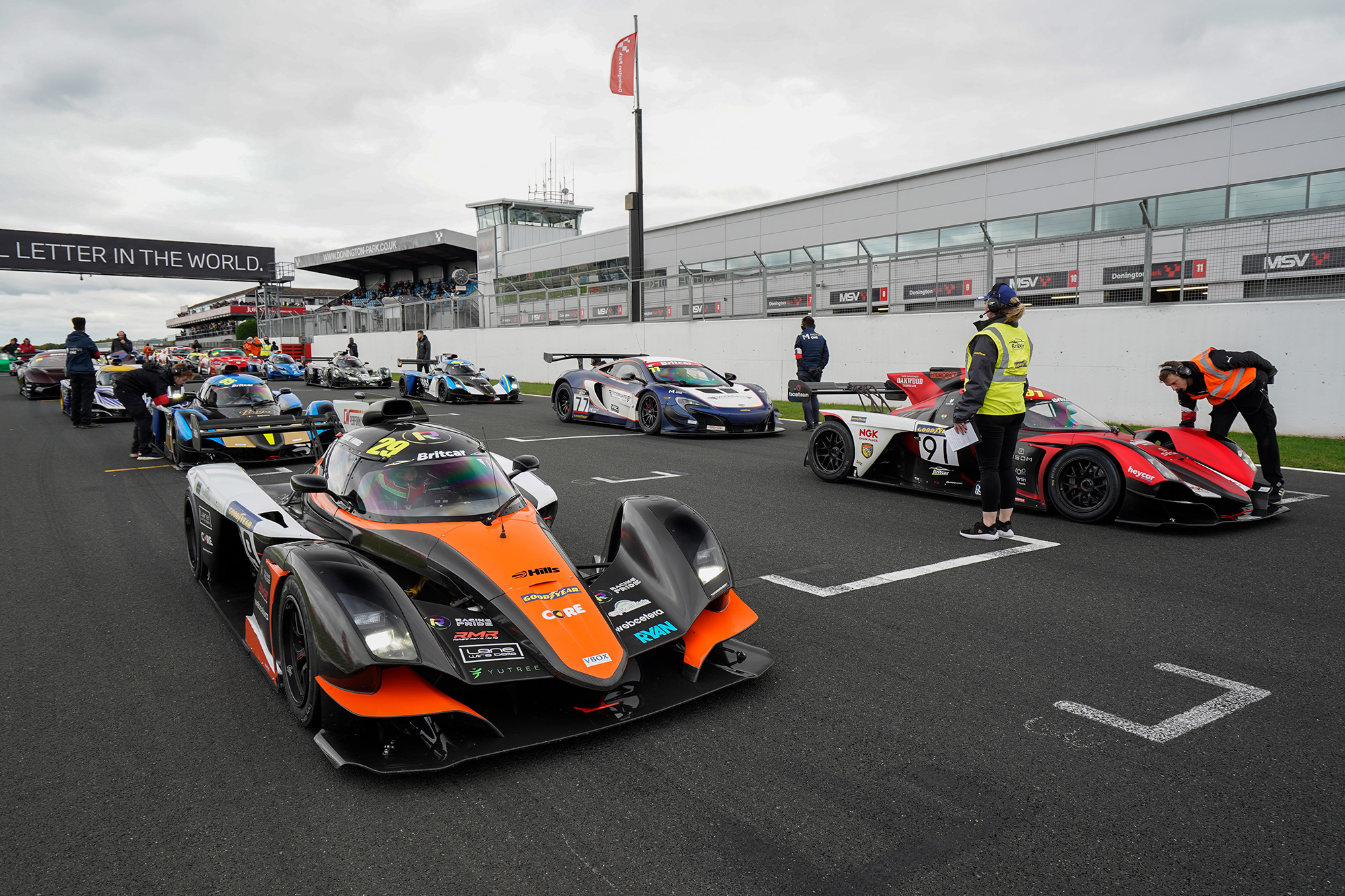