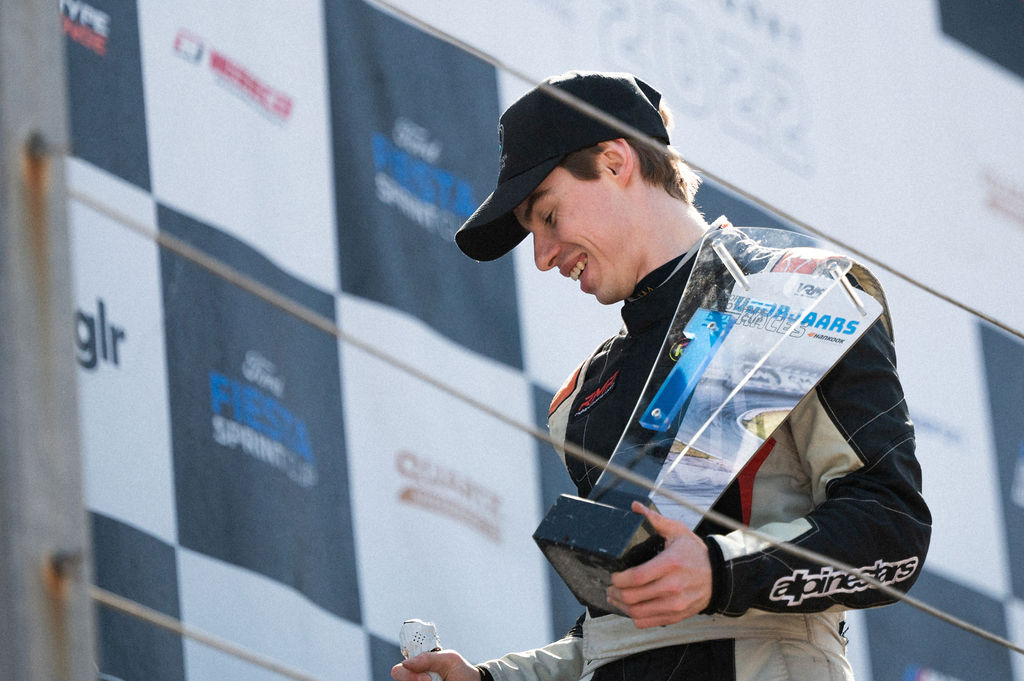 Richard Morris’ first race event as a works driver for Revolution Race Cars took place at Circuit Zandvoort, near Amsterdam, as the 2022 Sports Prototype Cup season got underway. The Revolution cars lined up on a strong 31 car grid including prototype and GT3 cars. It was not only Richard’s debut for the manufacturer, but also the first event for the new 500+ bhp Revolution 500SC with its 3.7 litre Ford V6 supercharged engine.

Following some set-up changes from practice, particularly to the balance under braking, Richard was able to get his car dialled in perfectly for Friday’s qualifying session, securing outright pole position for both of the weekend’s two races. A fantastic start!

Saturday’s weather was extremely cruel to the drivers and teams. After a couple of hours of glorious sunshine over the seaside circuit, and with the radar not suggesting that there would be any rain expected, suddenly the wind direction shifted and the circuit was hit by a sharp hail storm just minutes before the start of the one-hour race with the cars lined up on slick tyres. The hail stopped as quickly as it started, and by the time that the cars had come round to the grid and were given the option to change tyres there was once again blazing sunshine (albeit over a very wet track). With the mandatory pit-stop window for the 1-hour race being between 25 and 35 minutes, the teams were faced with a tricky tyre call. Following the team’s advice Richard took the brave call to remain on slick tyres despite the treacherous conditions. Unfortunately, with the track temperature being very low the track was far too slow to dry out for this to pay off, and Richard actually ended up fitting wets at the mid-race stop as the wet tyres were still faster deep into the race. Still, Richard was able to take 3rd place on the podium for his first Sports Prototype Cup race, with the race being dominated by drivers who had started on the wet tyre.

Conditions were perfect, however, for Sunday’s feature race. Once the spectators had cleared from the half-hour public grid walk, which was a wonderful opportunity to meet local fans, Richard was left to lead the field away from pole position once again, under glorious blue skies. The opening phase of the race saw a fantastic scrap between Richard and the sister works Revolution car of James Abbott, fending off the fast-starting GT3 cars while the fuel loads were heavy. The leading two Revolutions switched places a couple of times, before the race was paused by a red flag for a heavy contact further back. It was James who led at the restart, but Richard soon re-took the lead and was able to consolidate it with quick in and out laps around a well-timed pit-stop, putting Richard in a strong position heading into the second half of the race. Another safety car bunched the field up once again with 20 minutes to go, but at the restart Richard was able to scamper away, leaving the chasing pack in the new Revolution 500SC’s wake. In the first half dozen laps after the safety car Richard was able to open up a 10 second lead and then cruise home to take the outright feature race victory.

Speaking after the race, Richard said: “This is a fantastic way to start my season and my time with Revolution Race Cars. Zandvoort is an incredible circuit with all the dips, bumps, and banking; it’s a real challenge to come here with a new car for its first race weekend and to make a series debut. The feel of the car on the new tyres in qualifying was amazing and securing double pole gave me a big confidence boost. Saturday was a tricky day with the weather, but a podium is a podium! Sunday was just magnificent, taking my first win for Revolution on my first weekend with the team and having so much pace after the final safety car when we needed it – that was a fantastic feeling! It’s wonderful to be able to repay the faith of my team and sponsors right away with this result and I’m looking forward to the rest of the year!”

Richard would like to thank his partners Lane Wire Belts, GayRealEstate.com, Flow Recovery, GLJtech, and Vroom Media as well as Revolution Race Cars for making this season possible.