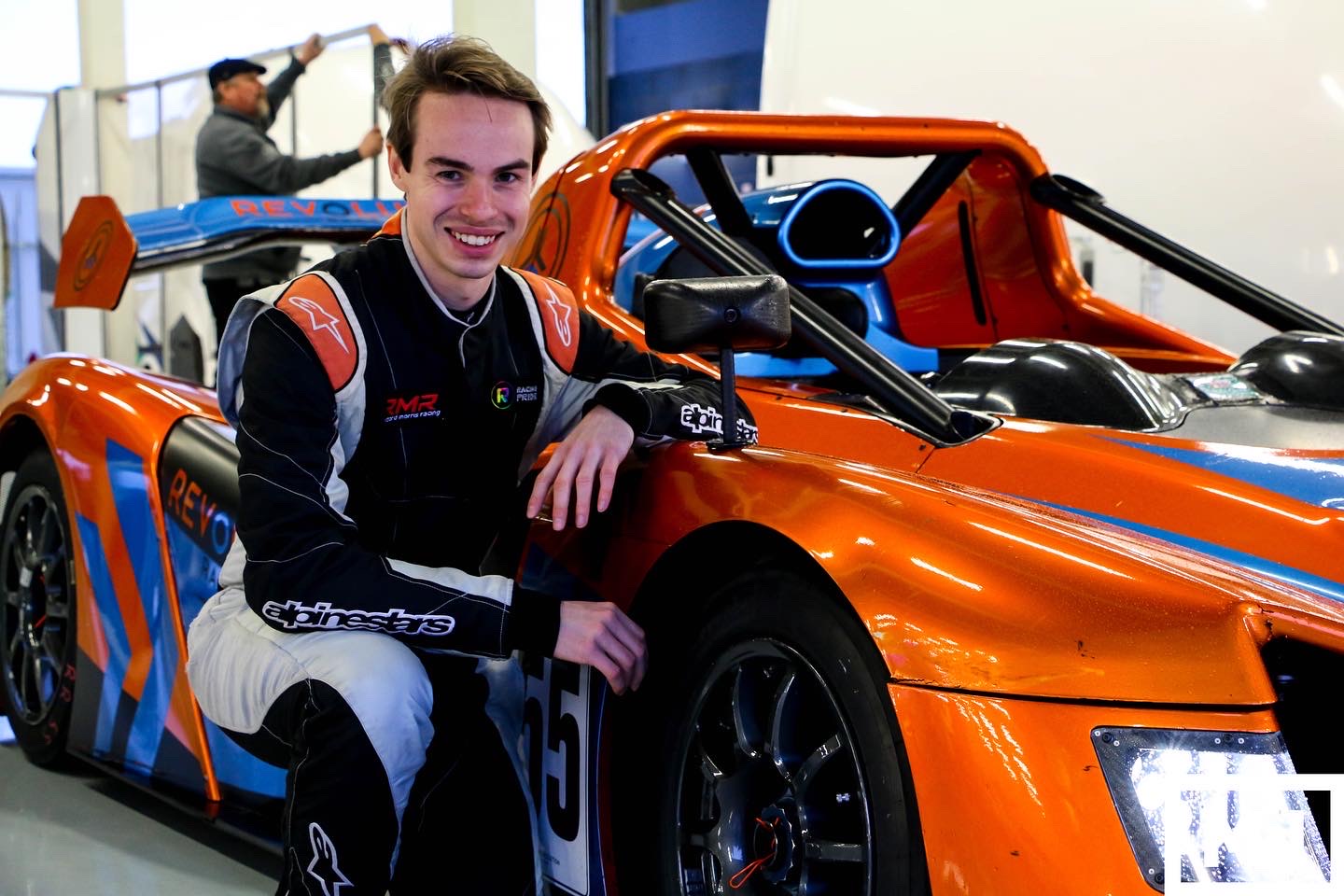 Richard Morris has signed as a works driver for Revolution Race Cars. He will race in the 2022 Sports Prototype Cup, which will be contested across 5 Grand Prix circuits in 5 different countries, as well as undertaking test, driver coaching, and demonstration work for Revolution.

The Revolution A-One is a high downforce, carbon fibre prototype drawing on LMP technology and is powered a Ford 3.7 litre V6 engine. The established model produces 427bhp while the new-for-2022 supercharged version produces 500bhp, in a car which weighs just under 800kg.

Richard was invited to test the car first at Silverstone and then at Portimao (Portugal) last November by Phil Abbott – Managing Director of Revolution Race Cars – who has followed Richard’s career in prototypes through his stint as a works driver at Spire Sports Cars in 2019-2020 and then most recently competing at the front of the 2021 Britcar British Endurance Championship driving for CW Performance Praga.

The Sports Prototype Cup begins at Zandvoort (Netherlands) in April before a home round at Silverstone (UK) in June, followed by trips to Spa (Belgium) in July and Barcelona (Spain) in September, and concludes at Paul Ricard (France) in November.

As well as being a tantalising selection of circuits, this international calendar represents a fantastic opportunity for Richard to spread Racing Pride’s message as he travels. Richard intends to use the race events as opportunities to link with local LGBTQ+ motorsport participants and fans and continue to grow Racing Pride’s inclusive network, as well as to give visibility to LGBTQ+ inclusion through the race meetings themselves and local media coverage. Revolution is committed to helping Richard in this and will also support with attendance at selected Racing Pride events.

Phil Abbott, Managing Director of Revolution Race Cars, explained: ‘When Richard joined us at a recent test day in Portimao, we realised we could work together for the coming season, so it’s great to now welcome him into the factory team. He performed well in the car, integrated himself with the team and has some interesting projects ahead. It’s going to be a strong year for us.’

James Bailey, Sports Prototype Cup Director, stated: ‘After moving up the prototype ladder, we are delighted that Richard has chosen to race in the Cup. I have seen Richard race other prototypes and he’s been quick in everything he’s driven. The Cup gives drivers the opportunity to race on major European Grand Prix circuits and will provide Richard with an important step on his ladder to Le Mans. We are also proud to welcome a Racing Pride ambassador to the Cup. We’ve already had two support races to Formula 1, racing under the #WeRaceAsOne banner, and Richard’s involvement in the Cup will help spread Racing Pride’s work on diversity and inclusion across five other major European events this year.’

Richard reflected: ‘Becoming a works driver for Revolution Race Cars is a perfect step to develop my career. The car is exceptional and keeps me on a trajectory towards LMP technology, while it will be an incredible experience for me to drive iconic European circuits like Zandvoort, Spa, Barcelona, and Paul Ricard, alongside a home race at Silverstone in Pride month. I am also excited for the opportunities this will open for Racing Pride. It’s a wonderful chance for me to represent Racing Pride across different countries and promote our positive message of LGBTQ+ inclusion through motorsport. I would like to thank Phil Abbott and Revolution for putting their faith in me, together with my partners Lane Wire Belts, GayRealEstate.com, Flow Recovery, and Vroom Media. Their combined support has been crucial in making this season possible.’