2021 Summer of Pride for Richard Morris 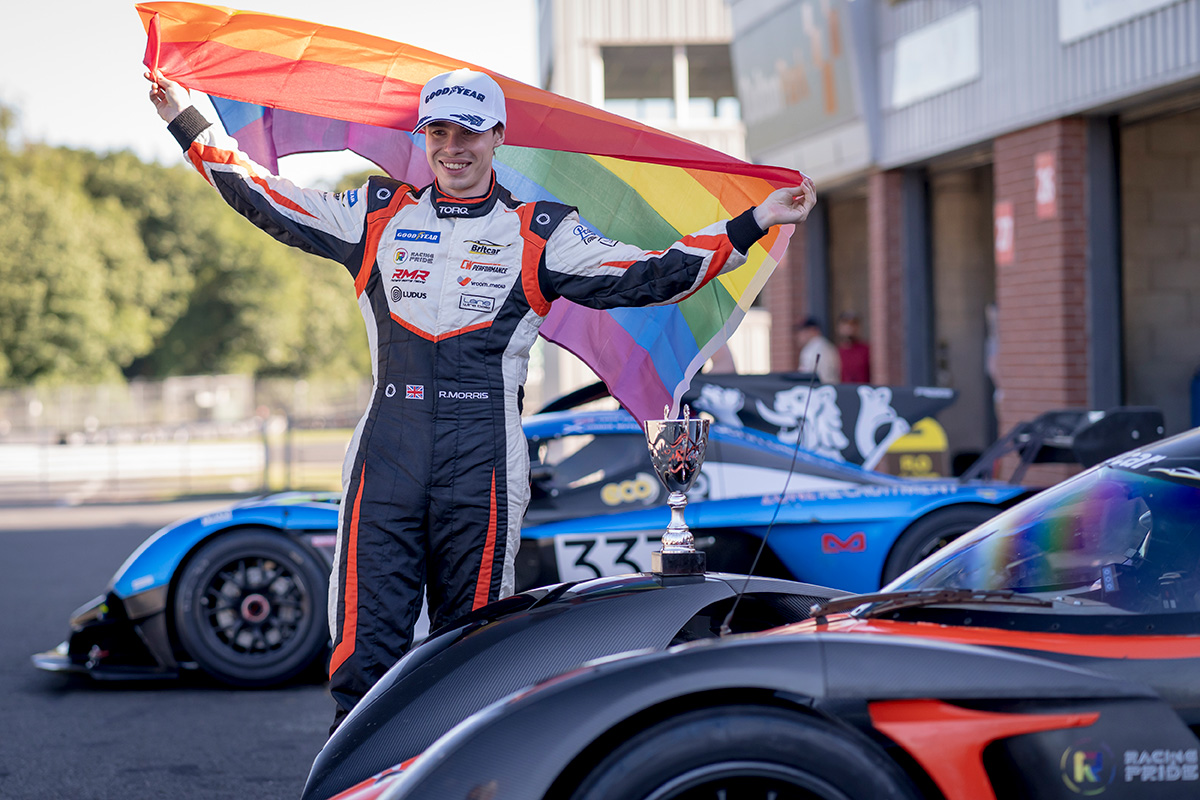 Richard is proud to be one of the Founders of Racing Pride – a movement to positively promote LGBTQ+ inclusion through motorsport launched with the support of leading charity Stonewall UK in June 2019 – and to sit on Motorsport UK’s EDI Committee as Chair of the LGBTQ+ Subcommittee. Across this year’s Pride season, Richard has taken his championing of the LGBTQ+ community to new heights, raising awareness and working with teams and organisations from national motorsport all the way up to Formula One.

On 1st June 2021, the first day of Pride month, Racing Pride announced a landmark partnership with Aston Martin Cognizant Formula One Team. This was the first public activation of a relationship which has existed for some time, with Racing Pride providing internal support, resources, guidance, and workshops to the team in order to assist in the creation of a fully inclusive environment for LGBTQ+ team members. Richard has been heavily involved with the project from the beginning, putting together the initial partnership proposal as well as delivering much of the content and training. Launching the partnership to Formula One’s global fanbase, Richard appeared in a video created and published by the team discussing his personal journey as a gay racing driver and the importance of the partnership. Richard also spoke on Sky News on the day of the launch to emphasise the difference the partnership can make to LGBTQ+ people globally through the team and its drivers clearly showing visible allyship.

Following the announcement, the Aston Martin cars featured rainbow halos at the French Grand Prix and Austrian Grand Prix, and Sebastian Vettel, one of the team’s drivers, also used his platform at the Hungarian Grand Prix to support of the LGBTQ+ community in the context of new laws restricting its freedoms in that country by speaking out in media interviews and by featuring the rainbow colours on his race helmet for the weekend, the shoes he wore around the paddock, and on the face mask and t-shirt he wore on the grid ahead of the race – the t-shirt also stating the simple message ‘Same Love’.

In addition, later in June Richard delivered a workshop on LGBTQ+ inclusion to Formula One’s own staff and helped Williams Formula One Team to launch the Pride workstream of its Respect@Williams initiative for supporting diversity and inclusion among team personnel.

Richard, of course, has continued to proudly represent the LGBTQ+ community on track while racing, as always, displaying the Racing Pride logo on his car and overalls, and celebrating at Oulton Park in June alongside his fellow Racing Pride ambassadors, and Praga team-mates, Abbie Eaton and Charlie Martin with the rainbow flag. Richard, Abbie, and Charlie spoke on the live coverage of that meeting about Racing Pride’s message, thanks to the movement’s partnership with Britcar Endurance Championship series organisers the BARC, and all of the Praga cars at the meeting featured Racing Pride logos.

Richard has supported Racing Pride at numerous other events across the summer. For instance, Richard attended the event held by Racing Pride partners Brooklands Museum to mark the 95th anniversary of the first British Grand Prix, which was held at Brooklands. At this event Richard helped to run a simulator competition during which more than 100 people of all ages took on a simulation of the original banked circuit, and he awarded a prize – a signed print of a Praga in rainbow colours – to the winner of the competition. Richard visited race meetings held by Racing Pride partners BRSCC and 750 Motor Club at Brands Hatch circuit, further promoting allyship of the LGBTQ+ community and distributing Racing Pride stickers for drivers to show their support. He also spoke to staff at the headquarters of Manchester-based company Pass Me Fast ahead of Manchester Pride and to staff at US-based automotive company FCP Euro. He presented as well, alongside W Series driver Alice Powell and Alfa Romeo ORLEN Racing Formula One Team CFD Engineer Krystina Emmanouilides, at a BlackBook Motorsport Virtual Summit on Inspiring the Next Generation.

Richard and his Praga featured, too, at the first at-track collaboration between Racing Pride and the Gay Classic Car Group at Snetterton Circuit. For decades the GCCG has provided a safe space for LGBTQ+ classic car enthusiasts. In partnership with Racing Pride, this August the GCCG held its first ever track day. Richard attended the event, mixing with guests and demonstrating his Praga R1 race car on track.

Meanwhile, Richard has continued his work with Motorsport UK, chairing meetings of the LGBTQ+ EDI Subcommittee and presenting an action plan to the Motorsport UK Board.

Reflecting on all of this, Richard said: ‘I genuinely believe that the work myself and Racing Pride have done this summer has amounted to a significant positive shift for LGBTQ+ inclusion across motorsport. It has been amazing to work closely with teams and speak with organisations at the very highest level of the sport – Aston Martin and Williams Formula One teams, and Formula One itself, as well as my own national governing body – and to see global engagement with our message from motorsport fans around the world. I’ve also loved meeting people at events here in the UK to promote empathy, inclusion, and allyship, and launching new partnerships for Racing Pride. As always, I’ve been proud to represent the community through my own racing. There is a huge amount more to be done, but it feels like we really are starting to make a difference.’ 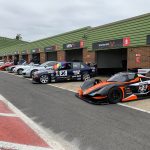 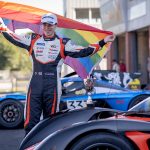 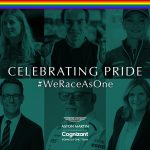 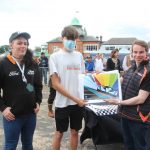