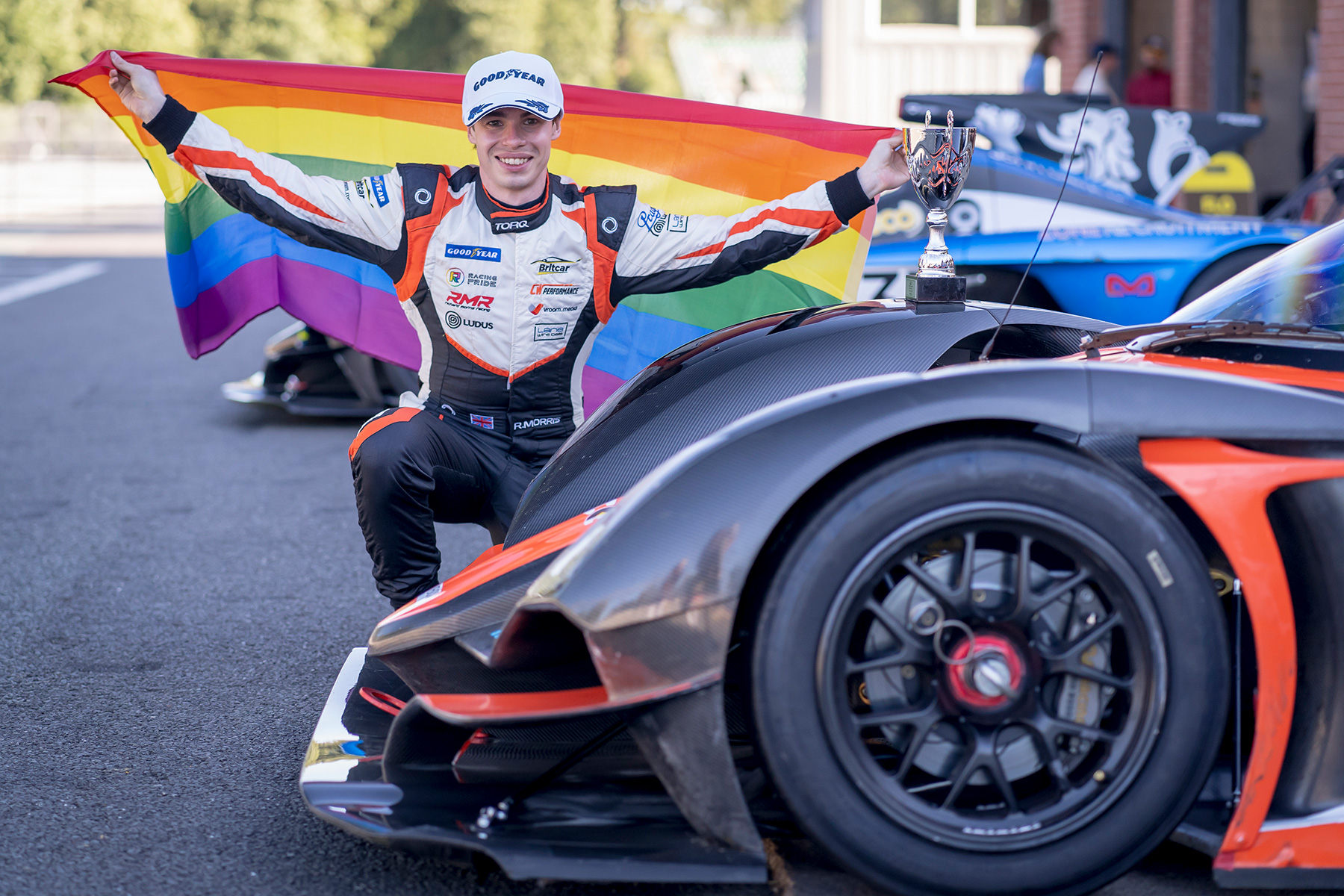 Following a double victory in the wet at Snetterton in rounds 3 and 4 of the Praga class of the Britcar Endurance Championship, Richard and his CW Performance Praga team-mate Chippy (Christopher) Wesemael headed up to a sun-soaked Oulton Park to contest rounds 5 and 6.

Qualifying saw an intense battle for pole between the Praga competitors, with Richard and Chippy ending up with a 2nd-place front-row start for race 1. Richard took the start and consolidated 2nd position on the opening lap behind the Praga of Richard Wells/Alex Kapadia (being driven by Wells). The two streaked away from the rest of the field, creating a sizable gap in the opening phase of the race with Richard keeping the pressure on Wells through the stint. In the pit-stop phase the team was able to overhaul the early leaders, sending Chippy out in 1st place! An intense lead battle developed between Chippy and Alex Kapadia, with Kapadia eventually able to take advantage of a backmarker to grab the lead away. A full course yellow period then disrupted the race, allowing Angus Fender (in the Praga he shared with Jay Morton) to join the lead pack. A messy restart saw Fender leap into the lead before the front two cars were aware the race was back on. Chippy reacted quickly, following through past Kapadia into 2nd place. A Porsche running 2 laps down then got between Fender and Chippy. The lapped car didn’t give Chippy any room to pass and then made contact with him when he came alongside, damaging the CW Performance car’s suspension. Chippy did then force his way through, but having lost out again to Kapadia and 10 seconds down on Fender, with the Praga of Jack Fabby (sharing with Charlie Martin) also having caught up.
Chippy put in an enormous effort to fend off Fabby and secure the podium finish in 3rd place – a great result considering all the drama which had unfolded.

Richard started race 2 from 3rd on the grid behind Wells on pole and Morton on 2nd. At the start he immediately passed Morton into turn 1, and by the end of the first lap a lead train had formed of Wells, followed by Richard, followed by Abbie Eaton. This trio, staying in close formation but not battling, pulled away from the chasing pack. Then, all of a sudden, the car went very loose on Richard with snaps of oversteer. There was clearly a problem and Richard had to slow right down, letting Eaton through and limping back to the pits to investigate. The team checked over the car and attempted to cure the issue before sending Richard back out, but the problem was clearly still present. Again, Richard came in and went back out, but again with no luck. The safety car then came out for an incident and, as it was the pit-stop window in any case, Richard handed the car over to Chippy, with more attempts to fix it having been made. Still the problem remained, and Chippy had to park the car at just over half distance. Investigations after the race indicated there was an issue causing a wheel nut to allow the tyre to move on the axle, which was why the car was so unstable. Still, thankfully the wheel remained on the car and nobody was hurt.

Alongside the racing at Oulton Park, it was also a busy day of media duties for Richard, promoting the Racing Pride movement for LGBTQ+ inclusion in motorsport of which he is Co-Founder and about which he is hugely passionate. Series organisers BARC and Praga marked Pride month together with Racing Pride, including all of the Praga guest cars, as well as CW Performance, running with Racing Pride logos on their cars.

Reflecting on the weekend, Richard said: ‘This weekend was intense, wonderful, inspiring and agonising all in equal measure. I am so proud of our team performance in race 1, achieving another podium finish despite everything which happened. It was a shame that we were hit with a mechanical issue in race 2 as we were well-positioned to challenge for the win again, but ultimately that’s part of racing. We have done extremely well to retain the lead of the championship in the circumstances and there’s nothing more any of us could have done. Meanwhile, it was amazing to see the support for Racing Pride from the BARC, Praga, and all the guest drivers, and it was special for me to, quite literally, fly the flag for LGBTQ+ inclusion at the track alongside my fellow ambassadors Charlie Martin and Abbie Eaton.’ 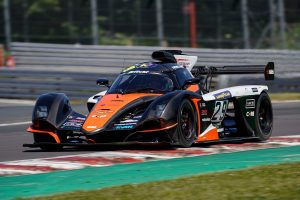 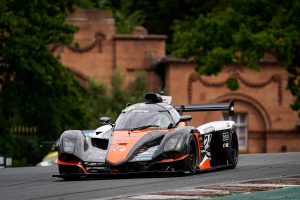 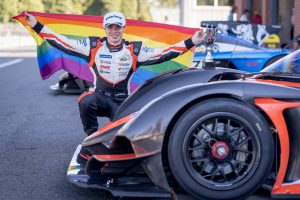