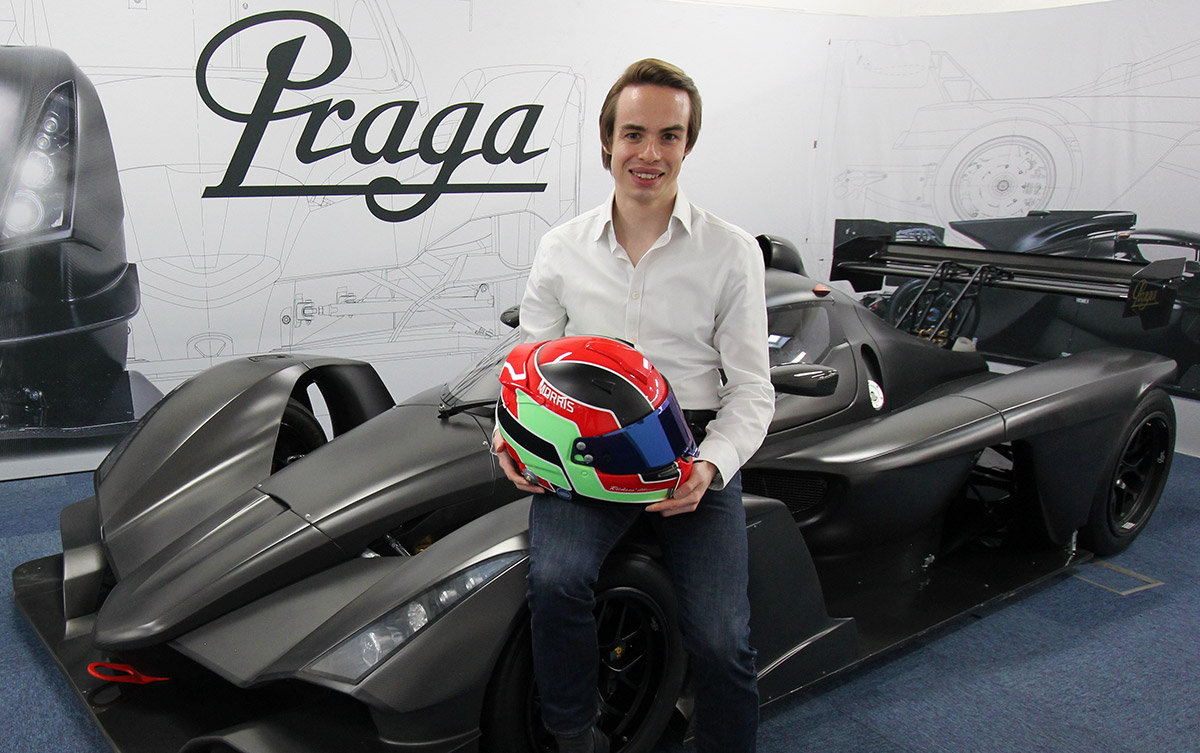 Richard will race alongside British GT race-winner Christopher ‘Chippy’ Wesemael. Richard and Chippy met while representing Spire Sports Cars and Mittell Cars respectively in the 2019 RGB Sports 1000 Championship, instantly building a mutual respect for each other’s skills. This shared experience in prototype racing and existing friendship will provide an excellent basis as the pair combine to co-drive the Praga R1.

Praga is a company rich in heritage, having been founded in 1907. The Praga Richard and Chippy will race, the fifth generation R1 prototype, features a full carbon chassis and newly remodelled high-downforce carbon fibre aerodynamic bodywork. Weighing just 620kg its Renault F4R 832 turbocharged engine is capable of producing 380bhp at 6850rpm.

The Britcar Endurance Championship features cars from many of motorsport’s most prestigious brands such as Ferrari, Aston Martin, Porsche, and Lamborghini, competing together on track but in separate classes as well as for the overall title. The Championship has a significant following and offers TV coverage. For 2021 there will be a new, separate Praga Category at the head of the Endurance Championship field. The series calendar will visit an iconic selection of venues, starting at the Silverstone International Circuit in March before heading to Snetterton, Oulton Park, the Silverstone Grand Prix Circuit, Brands Hatch, and finally Donington Park in October.

Richard will continue to represent the fast-growing Racing Pride initiative for promoting LGBTQ+ inclusion through motorsport as one of its official Driver Ambassadors. CWPerformance will also show support for Racing Pride as a team, as the car and both drivers’ overalls will proudly display the movement’s distinctive logo.

Talking about his excitement for next season, Richard said: ‘I am delighted to be joining CWPerformance to race the Praga R1. It’s a wonderful step up in my career to race an innovative, high-downforce, high power-to-weight, all-carbon car like this and although it will be a steep learning curve I’m very much looking forward to the challenge. I know that I have a great team-mate alongside me in Chippy and I’m certain we will work together brilliantly – we already know and respect each other, and we’re very like-minded ambitious young drivers. I’m so grateful to all of my partners for their support in making this possible. I also can’t thank Spire Sports Cars enough for my time as their works driver in 2019 and 2020 and Paul Nightingale, the boss of Spire, personally, for all he has done for me: the belief Paul showed in me to bring me into sports prototype racing with his team and the success we enjoyed together in the incredible cars he gave me set up this opportunity. The experiences I had and the lessons I learned while driving for Spire will be so valuable as I move forward through my career.’
Christopher Wesemael added: ‘I am delighted to have Richard as my teammate for the 2021 season. I think we are going to make incredibly good teammates and a force to be reckoned with. Our experiences in RGB as rivals should hold us in great stead for what’s going to be a really exciting year in the Praga!’

If you would like to join Richard as he takes this exciting step in his journey, please get in touch via the contact form. He would be delighted to discuss the range of partnership options available, ranging from very inexpensive website and online packages, through single-event sponsorship options, to fully comprehensive partnerships offering opportunities for a range of on-track branding, hospitality and experiences.