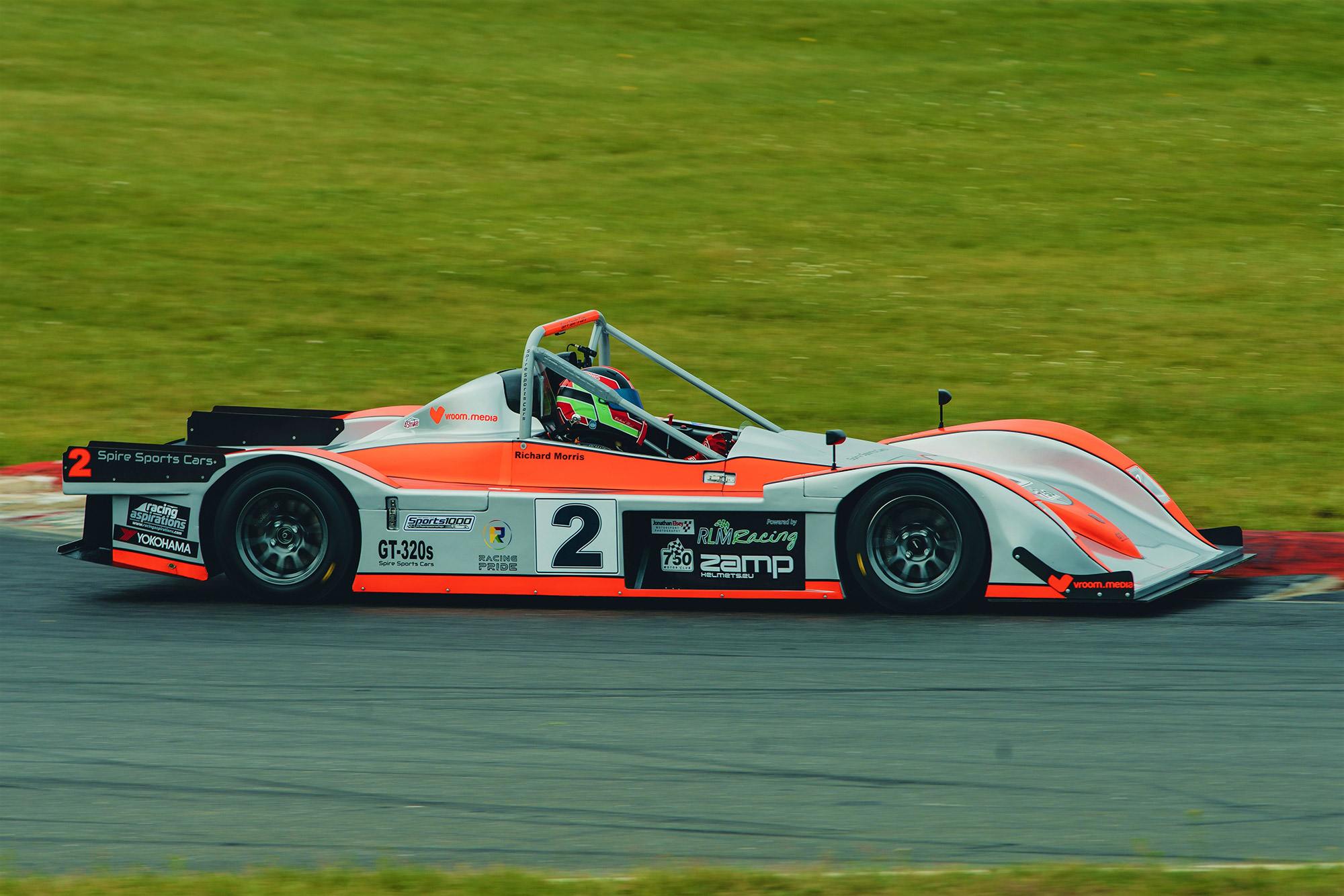 Despite qualifying on the front row of the grid, Richard was unfortunately forced to start Race 1 from the back of the field. A strong start and some bold overtakes saw Richard rise to 8th place at the end of lap 1 and then gain a further 5 places on the second tour to climb from last up into the podium positions in just two laps, albeit with a substantial gap to close to the car in 2nd place with the front two cars having broken clear of the pack.

Richard set about putting together a run of consistent lap-times, chipping away at the car of James Walker ahead. Once he reached the back of Walker’s Spire some thrilling wheel-to-wheel action ensued, with the cars side by side for 5 corners until Richard emerged from the tussle on top, having positioned his car better through Abbey and Farm Curve, gaining the inside line for the Village hairpin. Once through, Richard pulled away from Walker but there was no time to chase down the race leader. Richard finished Race 1 in 2nd place, behind the sister Spire of Ryan Yarrow.

Richard’s performance in Race 1 earned him a front row start for Race 2, with Yarrow starting on pole. Separated on fastest laps by only 2 hundredths of a second in the first race, it was set up to be an exciting battle and so it proved. The two Spires both got off the line well and went side by side through turn 1, Abbey, with Yarrow then diving to the inside for the Village hairpin. Yarrow’s tighter line in to the corner made for a slower exit and Richard was able to make the cut-back move and go through into the lead of the race. For the first half of the race Richard led an intense scrap for 1st place, covering the inside line where necessary and making sure to hit the apex of each corner.

Mid-way through the race, Yarrow then attempted a very late move on the brakes into the Vale chicane and briefly went ahead but ran wide on the exit of the first part of the chicane, allowing Richard to immediately retake the lead into Club corner. A couple of laps later Yarrow made a crucial mistake at the same point in the lap and had a half spin, leaving Richard with a comfortable lead of around 6 seconds. With the pressure relieved, Richard mostly focused on bringing the car home but had one full ‘attack’ lap on the penultimate lap, with low fuel, setting the fastest time of the day and earning the fastest lap bonus point to take home maximum points from the race as he crossed the line to win.

Reflecting on the event, Richard said: ‘I’m really proud of my performance here at Silverstone. In both races we managed to get the best result possible in the circumstances. It was a great recovery in Race 1 to come through from the back up to P2, and then Race 2 was one of the best drives of my career. It was crucial to come out on top and I managed to get a good launch, make the all-important move for the lead, keep a cool head to maintain the place under extreme pressure, and then bring the car home for the win once I had a comfortable lead. Being able to deliver the lap for the bonus point at the end was a brilliant way to finish the race too. It’s just so satisfying as a driver when you feel you’ve got the most out of the car and the race, so I’m very happy. I can’t wait for the next event, at Anglesey Circuit, either – it’s a track I absolutely love!’