Richard Back on Track with Revised 2020 Calendar 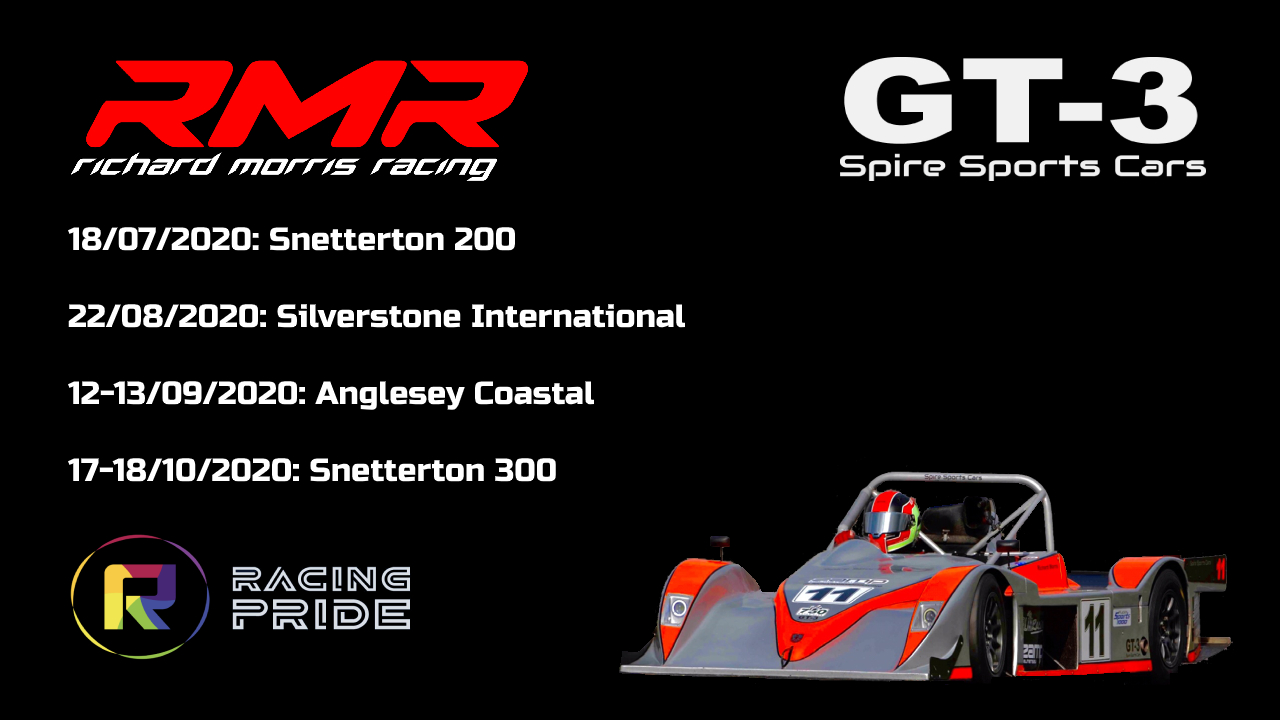 After a 3-month hiatus caused by the Coronavirus pandemic, Richard has returned to the track again for testing this month in preparation for his 2020 racing season which will now start at Snetterton, on the 200 layout, in July. Trips to Silverstone International and Anglesey Coastal will follow, before the shortened Championship concludes back at Snetterton, this time on the 300 layout, in October. Each of the meetings will be double-header events, giving an 8-race championship.

As planned, Richard will be racing as a works-team driver for Spire Sports Cars in the latest evolution of the Spire GT-3 sports prototype car, the GT-320s, as he bids to win the Sports 1000 Championship. His car will display the Racing Pride logo, and Richard is proud to be continuing his work for the organisation which promotes LGBTQ+ inclusivity through motorsport. During the pandemic, Richard signed up immediately in response to the government’s call for NHS Volunteer Responders – thankfully, due to the sacrifices of everyone in society, the scheme was not relied on heavily, but Richard has been pleased to do his bit as a ‘check in and chat’ volunteer for isolating individuals without family to care for them.

Looking ahead to the return of racing and the championship season, Richard said:

“I am extremely excited to have a calendar in place now for the rest of 2020. This year has been very difficult for everybody, and lots of people have had to make sacrifices. Of course, it’s been frustrating at times to be away from the track and it will be strange to go racing without the usual amount of spectators, media, friends and family. But in these circumstances I am just so grateful to be going racing at all, and I realise how lucky I am to have the opportunity with the hard economic times we are now facing too. I have been keeping in peak physical condition throughout the time away, and I’m looking forward to the opportunity to race what is a very special, beautiful car from Spire. I can’t thank Spire Sports Cars, Lane Wire Belts, and Vroom Media enough and I hope I can put some smiles on the faces of all those who are supporting me.”