Richard Takes Double Podium at the Home of British Motorsport 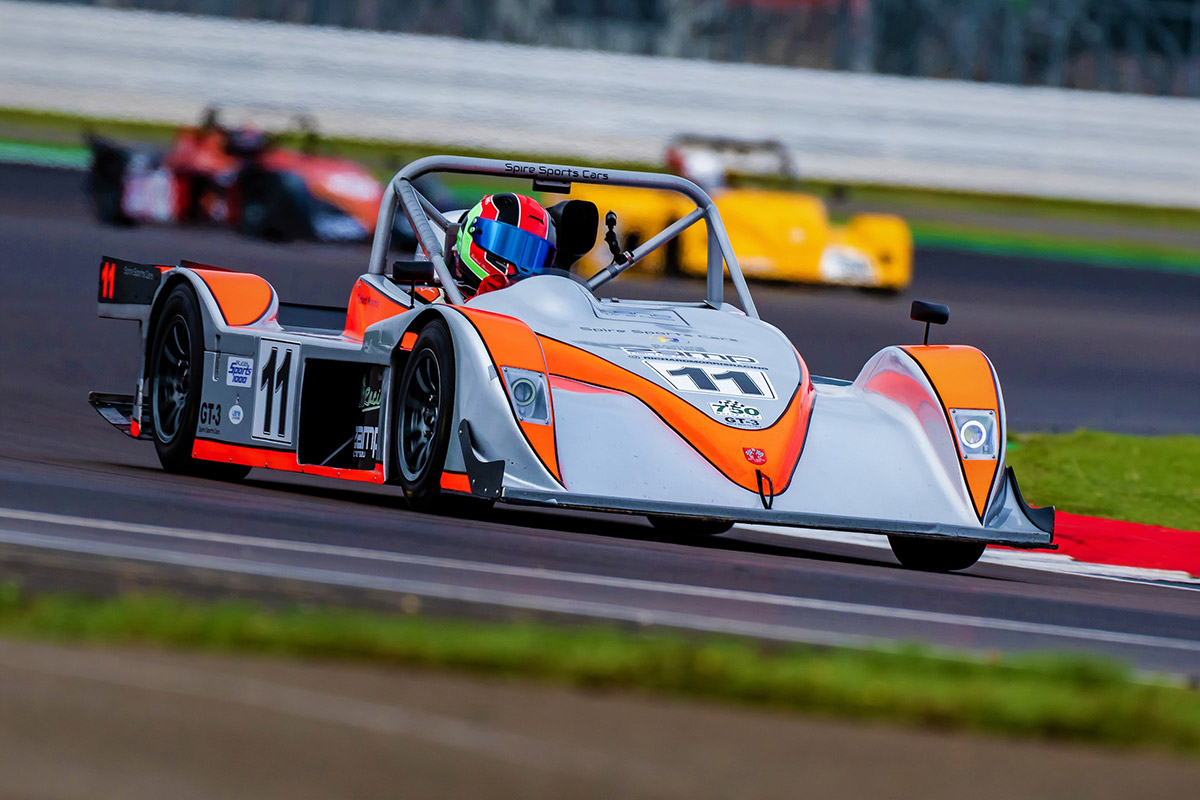 There was some late drama during preparations for the event as the team found a leak from Richard’s engine during final checks ahead of the meeting, forcing an engine change for a new unit before Friday practice. The need to run in this engine combined with changeable conditions and a busy circuit meant that Richard had little representative running heading into qualifying on Saturday. Still, Richard put in a strong performance during qualifying to secure front-row starting positions for both rounds having finished the session 2nd fastest on both first and second best lap-times just behind Christopher Wesemael in his works Mittell.

Gale-force winds battered Silverstone for Race 1, leading to some extremely difficult driving conditions through the circuit’s high-speed corners which were only exacerbated by occasional flurries of light rain including one during the race itself. Richard had to take evasive action at the start of the race to avoid the car of Spire team-mate and 2016 Champion John Cutmore, which sustained damage to the front right suspension heading towards Turn 1 and subsequently came sharply across the track, forcing Richard to run across the grass. This left Richard with plenty of work to do having dropped down into 5th place through Turn 2 behind Wesemael, the second Mittell of Danny Andrew, the customer Spire of James Walker, and the sister Spire GT3s of Ryan Yarrow. A good run through Turns 3 and 4 onto the Hangar Straight saw Richard immediately take the fight to Yarrow, out-braking him on the entry to the super-fast Stowe corner and taking 4th place.

Richard then set about catching Walker and a handful of laps later was able to replicate the move he had pulled on Yarrow, diving to the inside into Stowe and claiming 3rd. The treacherous conditions then played their part; the 50mph gusting wind which was grabbing the cars, combined with some light rain, provided a huge challenge for all of the drivers. Andrew ultimately lost control of his Mittell, spinning on the exit of Turn 3. This handed Richard the opportunity to climb into 2nd position, which he held to the finish. Wesemael took the win with Richard in 2nd, and they were joined on the podium by Andrew who managed to re-pass Walker in the closing stages.

The start of Race 2 was very dramatic. All of the front 4 cars of Wesemael, Richard, Cutmore, and Andrew made good launches from the line and Wesemael, Richard, and Cutmore all went side by side into Turn 1. Unfortunately, Richard, in the middle of the trio, was trapped in a pincer as Wesemael squeezed from the outside and Cutmore lunged on the inside, forcing Richard to lift off the throttle and lose momentum. Meanwhile, Andrew was able to sweep around the outside. Into turn 3 Richard had to slot into 4th behind Wesemael, Cutmore, and Andrew. Andrew, in the low-drag Mittell, was able to pass Cutmore on the long Hangar Straight. This initiated a brilliant duel between former-champion Cutmore and Richard in their identical Spire GT3s cars which lasted for the first half of the race. On lap 5 Richard was able to make a late move on the brakes into Stowe corner, only to then run wide on the exit and have Cutmore re-pass him. However, on lap 7 Richard was able to make the move stick and secure 3rd place. Richard immediately lowered his lap-times and set about attempting to catch the Mittell duo of Wesemael and Andrew, but on this occasion the lower-grip but also lower-drag design of their bodywork gave them a key advantage racing into the strong headwind meaning Richard had to settle for 3rd.

Reflecting on the weekend, Richard said ‘It’s fantastic to come away from this meeting with a strong haul of points for the Championship and a pair of trophies to reward the hard work of everyone around me. I have to say a massive thank you to Spire Sports Cars for getting me out on track with such a competitive package despite the last-minute engine drama before the event. I can’t wait for the remaining rounds at Donington Park and Oulton Park now – tracks which I feel are well-suited both to my driving style and to our car.’